It's official:
our olive oils fall into the category of medicine!

It has been confirmed in the laboratory!

As one of the best olive oil producer in the world, according to the choice of the prestigious Flos Olei, we've made a detailed analysis of our award-winning olive oils Bjelica and Črnica at the beginning of the year.

We have sent samples to the laboratory of AIPO in Verona, which specializes in chemical and sensory analysis of olive oils, and the results confirmed our thesis - polyphenol levels in a liter of our olive oil go over 470 milligrams.

What does it mean? Polyphenols are powerful antioxidants and everything over 400 milligrams of polyphenols per liter is counted as medicine due to its positive impact on the human organs.

Polyphenols directly affect the dissolution of kidney stones, regeneration of the liver and the creation of a protective layer in the stomach.

My story about organic oil

At the highest point of Umag town, in the Buščina village, are the olive groves of my family, the Zubin family. We own 8000 olive trees spread over 40ha of land from which we produce premium, world-renowned, extra virgin olive oil. After trying many jobs, I returned to my first love - olive growing.

I grow olives the way my grandparents did, in a natural and organic way, but this time integrated with modern production technologies. My goal is to offer, above all, a product that has many positive health effects. Extra virgin olive oil is a universal medicine for which there are no contraindications, i.e. no person in the world is allergic to olive oil. My family and I use oil not only in our daily diet, but also for disease prevention by assuming a small teaspoon of olive oil every morning just before breakfast.

Our oil, Oio de Buščina is one of the 20 best oils in the world!

Olive growing is somewhat addictive to me, but in a positive way - when it catches you, it is hard to get out of it.

I have done many things so far in terms of spreading olive groves and planting young olives. I wanted to have 12 different olive varieties, as the months in a year. After that, I stopped the expansion of the olive groves, and dedicated myself to nurturing and perfecting the existing trees.

From our olive groves, we produce about 50 hectolitres of premium organic extra virgin olive oil per year. I admit, there are cheaper oils compared to ours, but this is the price of organic farming, where the yield is weaker due to pesticides and other non-organic chemicals avoidance. Despite the price, I have no problems in selling it and I am pleased when I see so many satisfied customers.

Our selection of premium oils

Awards in the current year 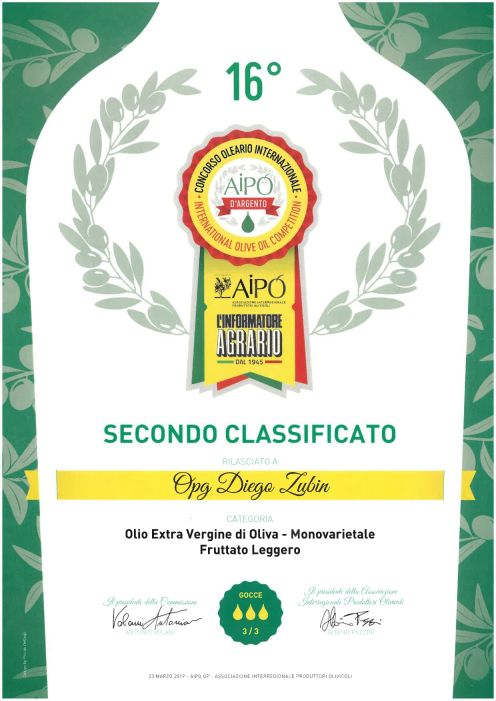 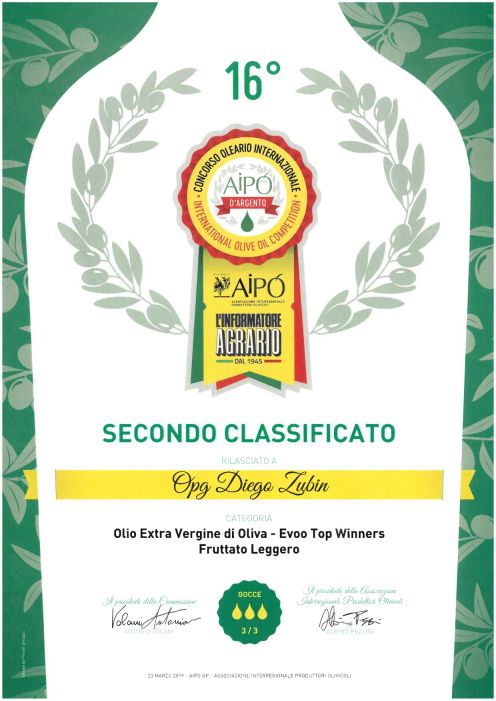 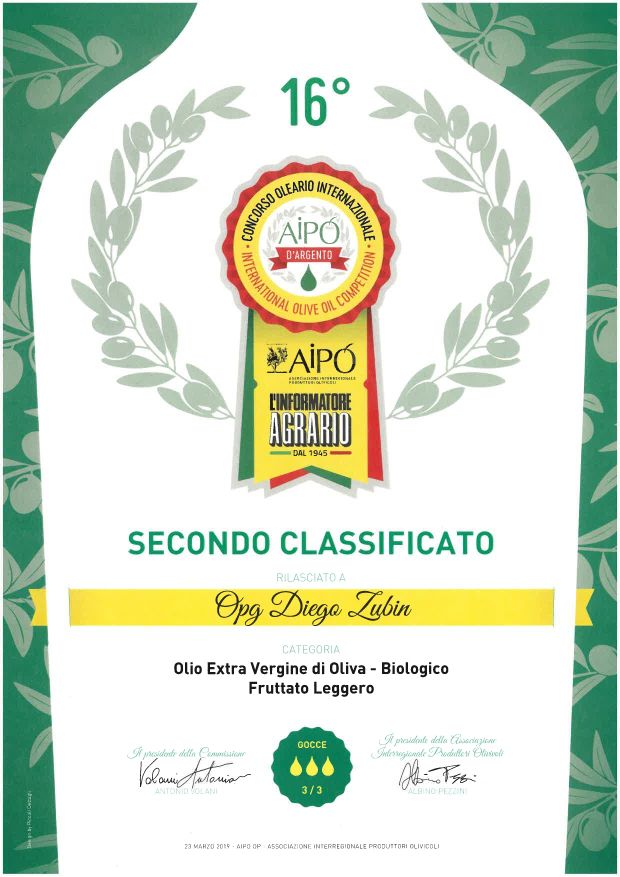 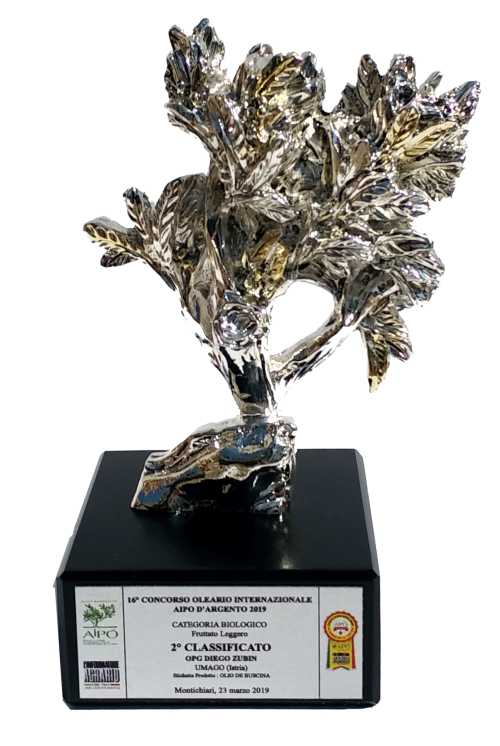 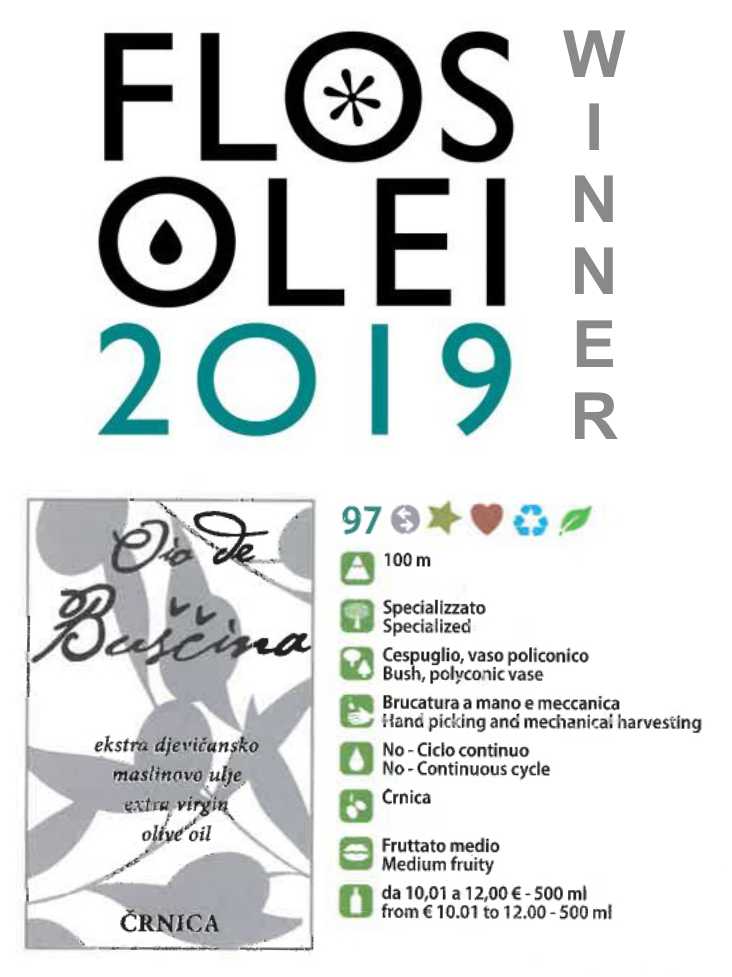 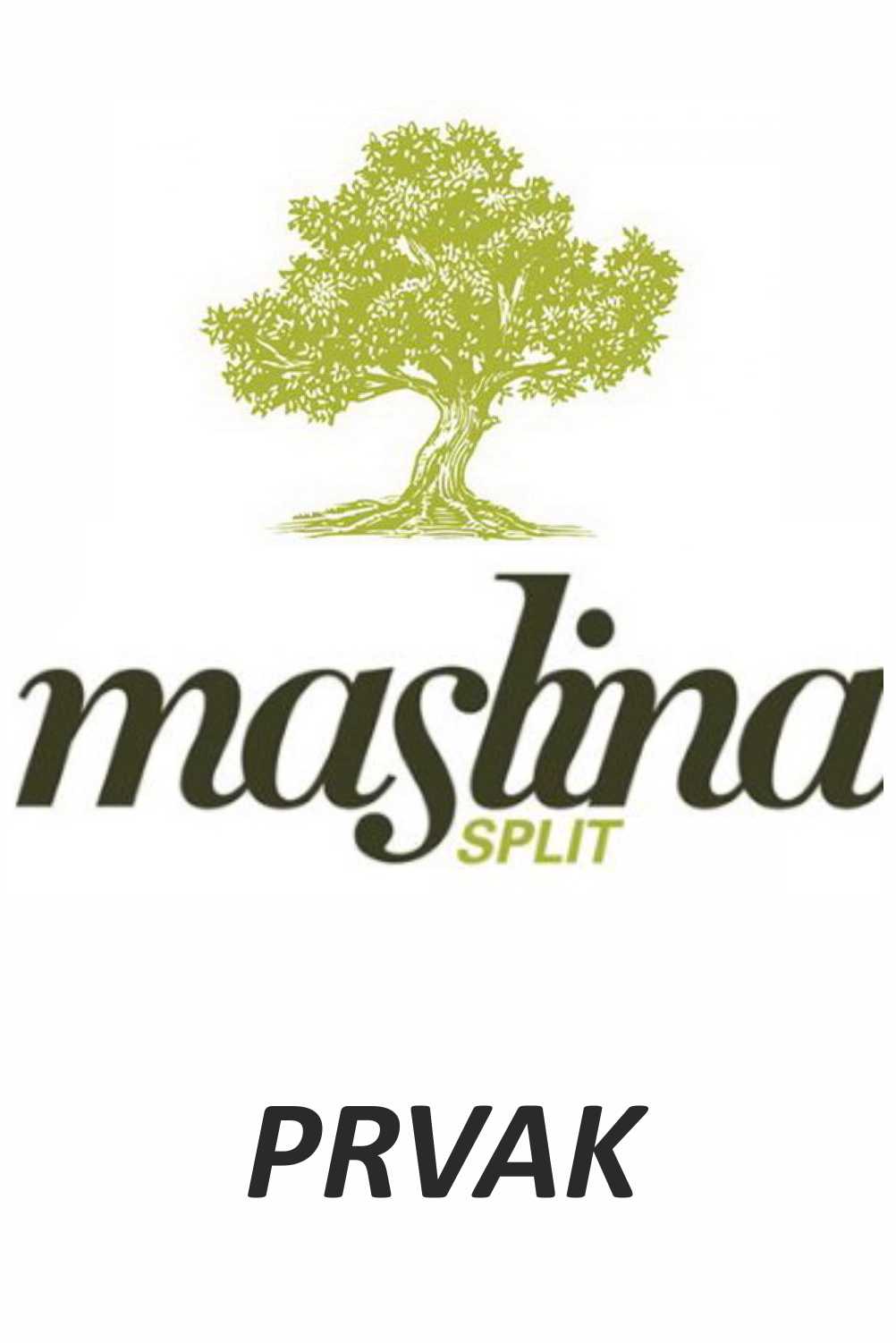 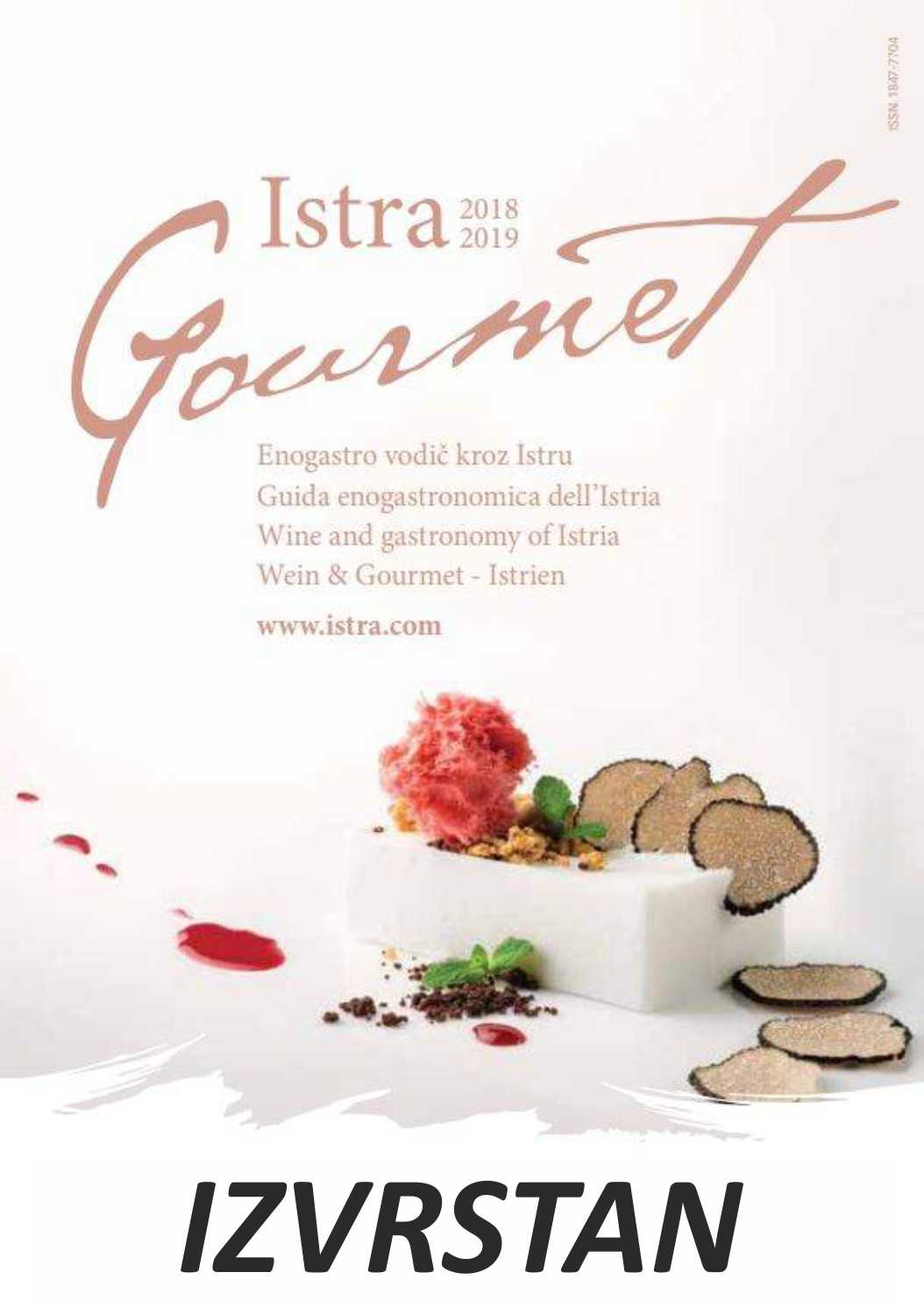 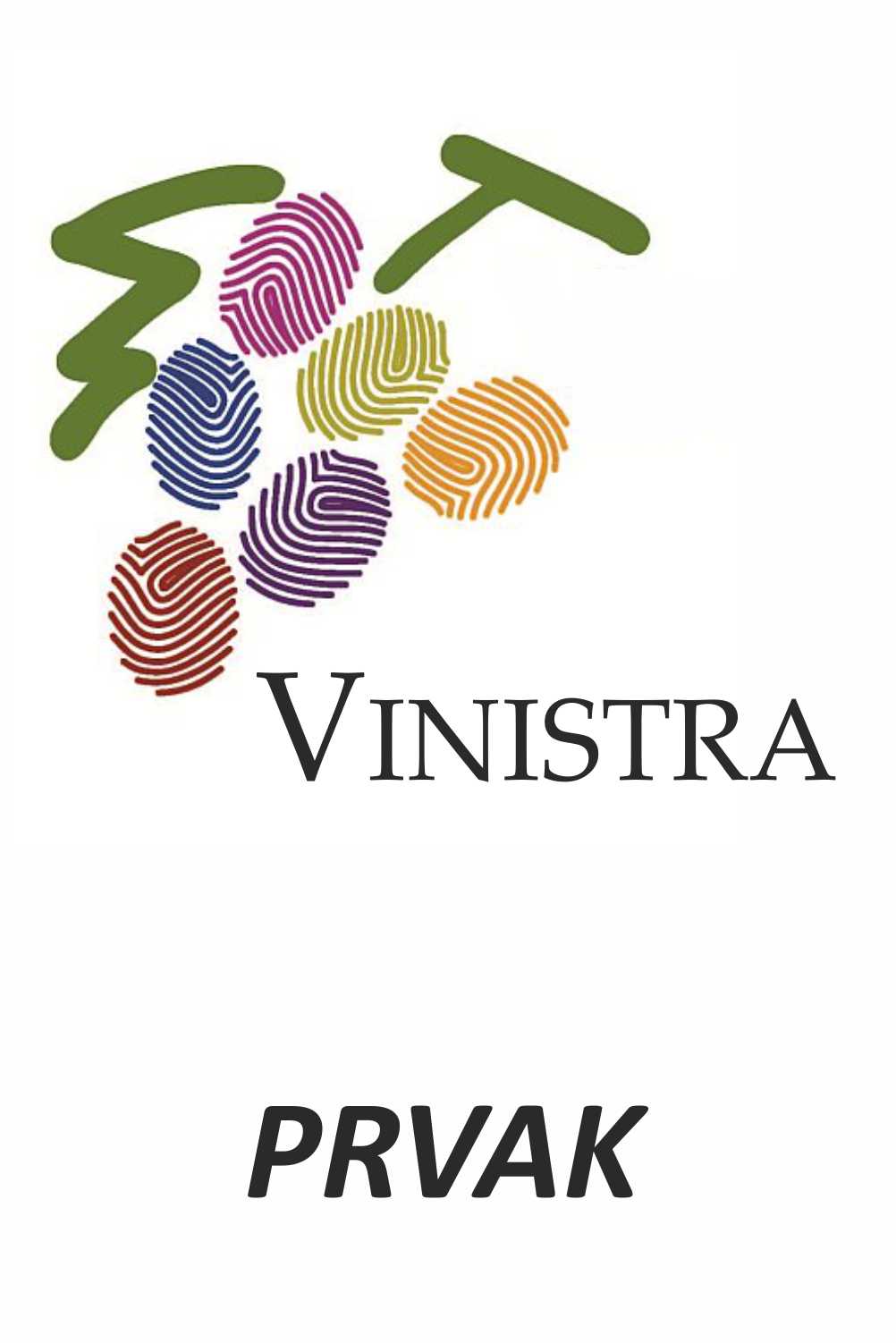 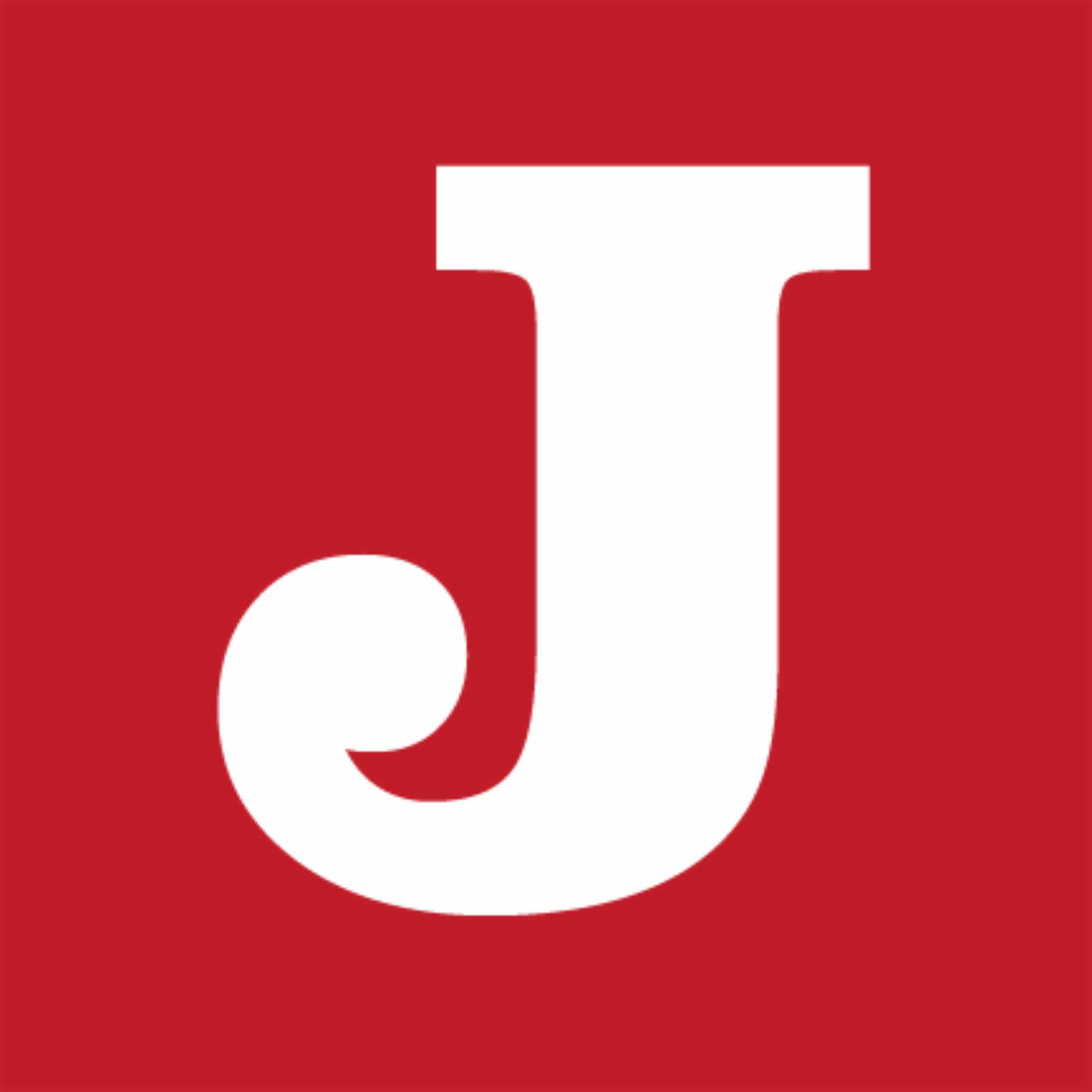 It's official now! The olive oils of the Istrian olive grower Enio Zubin fall into the category of medicine. An olive grower from Buščina near Umag, a producer of the best olive oil in the world according to the choice of the prestigious Flos Olei, at the beginning of the year made a detailed analysis of his award-winning olive oils - Bjelica and Črnica. The first in Croatia, he says. He sent the samples to the laboratory of AIPO in Verona, which specializes in chemical and sensory analysis of oil, and the results confirmed what Zubin had been guessing all along - polyphenol levels in a liter of his olive oil go over 470 milligrams.
"All over 400 milligrams of polyphenols already fall into the category of medicine, and polyphenols are powerful antioxidants, dissolve kidney stones, regenerate the liver, create protection in the stomach" says Zubin.
For years, he has had a special morning ritual that includes brushing his teeth with the olive oil he produces, as well as drinking that oil on an empty stomach. He agreed to share with us his entire morning procedure. 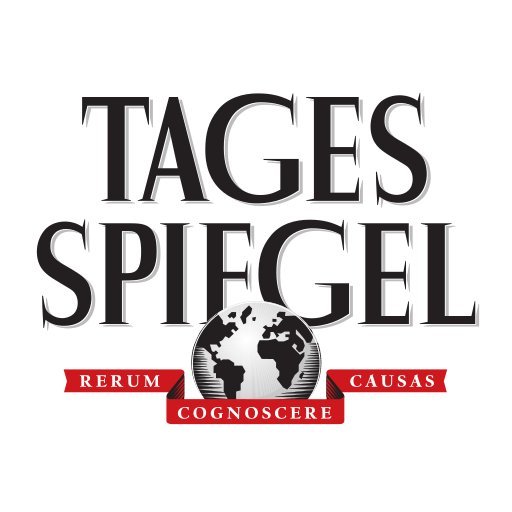 The Buje area is not only known for its truffles. This is where some of the best olive oils in the world come from. It’s the place where Enio Zubin’s Bjelica is made, produced on his father's estate. About ten years ago, a trained graphic designer took over his father's ancient olive trees, planted additional young olives, embarked on organic farming and fertilization exclusively with humus of his own algae production and olive harvesting residues. Like many others in the area, he is new to this business. His tasting room is still just a bit more than a bench in front of the house... On his vast plot of land, he made an olive trail and is turning a barn into a vacation home. Next to him, his sister already runs a delicious restaurant. The only thing missing is tourists who want to visit and enjoy themselves even outside the swimming season. 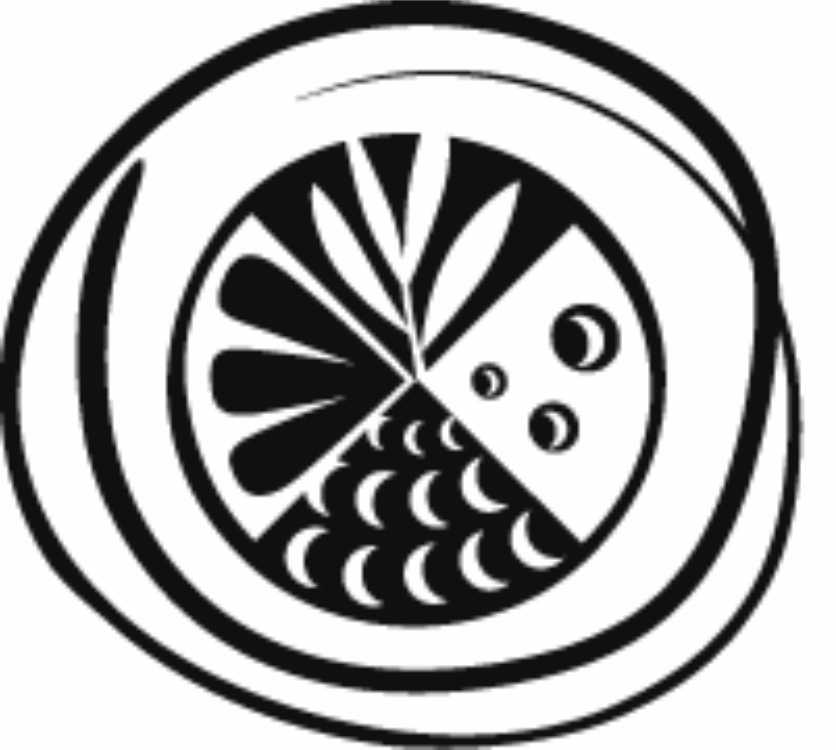 Oio de Buščina’s Selection blend and the monocultivar Crnica variety are of intense, clear golden-yellow with light green tones color. The aroma is clear and rich, with herbal notes of artichoke, chickpeas and lettuce, combined with pronounced aromatic hints of mint and rosemary. The taste is rounded and strong, enriched with plant notes with some vegetables and spicy black pepper nuances and an almond finish. It is characterized by a clear bitterness and a pronounced pungency.

Interestingly, Mr. Zubin has, among his counterparts from the world's leading olive growing countries, the smallest quantities. He yearly produces about 48 hectoliters of organic olive oil, while for example, a Spanish producer with whom he met today in Rome, Casas de Hualdo of the Castilla - La Mancha region, produces as many as 7642 hectoliters. In the light of these figures, it’s quite unnecessary mentioning the planted surfaces. 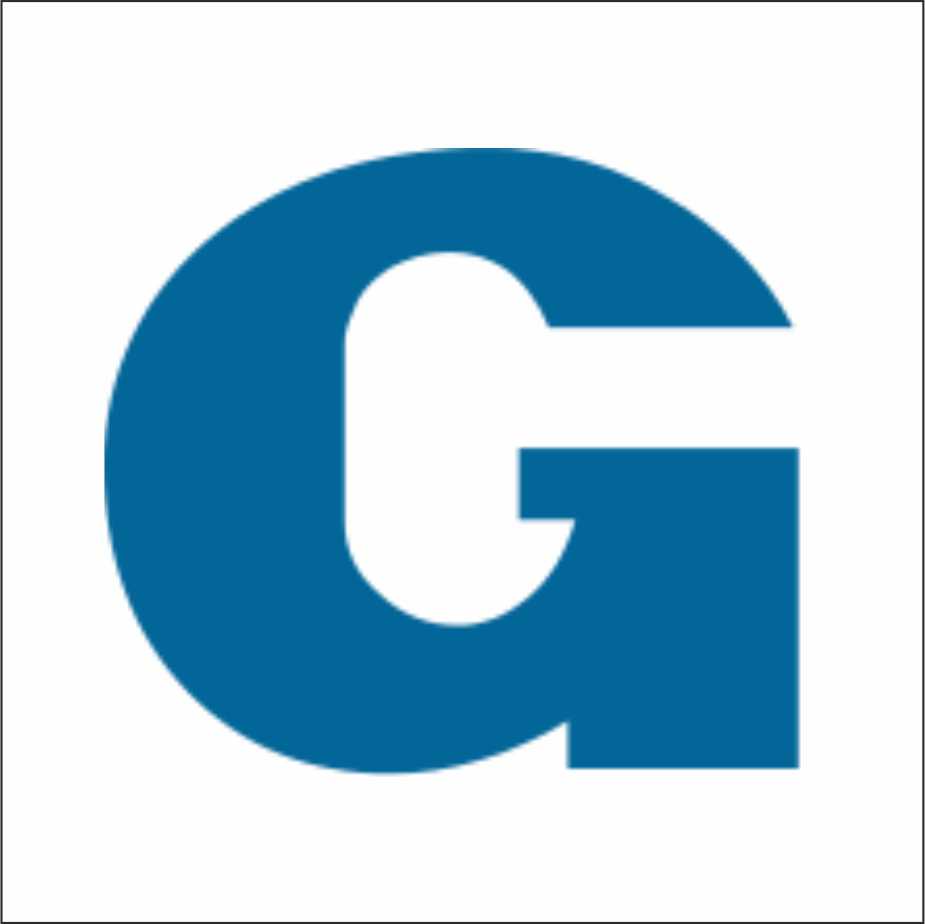 Flos Olei is the only guide in the world for extra virgin olive oils which has included 75 oils from Istria for this year, while Italy is represented by 80 olive oils in total. Of the Istrian olive growers, the absolute winner in the category of monocultivar, medium-intensive, fruity extra virgin olive oils, with 97 points out of 100 points, is Enio Zubin from Umag with his oil "Oio de Bušćina - Črnica" produced from autochthonous plants. He won the world champion title in 2016 as well, to shine again today on the list of "best 20" in the world.

Enio Zubin: Knight of Olive Friendship and olive grower of the year.
Namely, on December 9th, 2017, he was awarded with the olive oil of the year award in Rome, and this year his winning oil was listed among the world's top 20 olive oils in the 2018 Flos Olei World Guide. But that's not all, because Mr. Zubin was also nominated for the "Knight of Olive Friendship" award, which will be delivered to him on February 24th at the 15th Mediteranean Olive Tree Growers Festival "Maslina Split 2018" by the president of the state Kolinda Grabar Kitarovic.

Olive, as a rare woman in a male world, her life as a work of art, has become an innovative side of Istria, spreading radically, carried above all by the love of olive growers.
Being an olive grower is a good feeling, working in the fields and on fresh air, regardless of the accumulated fatigue, because you draw strength and love from our Istrian soil, and happiness is tasting oil with the others.

Yes, he may not have a luxuriously equipped olive oil tasting room, and neither way for the cellar. He is just working on it. But, he has premium extra virgin olive oil, which for the next year is among the top 20 in the world in the Flos Olei “olive oil Bible”. The humble Enio Zubin, from the small village of Buščina, near Umag, has created top quality oil, which in the past year, in the same guide won as many as 96 out of 100 possible points. 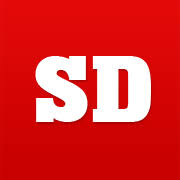 Croatia has once again been named the best olive growing region in the world according to the prestigious guide of the best extra virgin olive oils in the world, Flos Olei for 2018, which was premiered today in the center of Rome. Out of 500 world producers from all continents, 75 are from Istria, Jutarnji list writes.
...
It is interesting that Zubin is among its colleagues from the world's leading olive growing countries the producer with the smallest quantities. It produces about 48 hectoliters of organic olive oil a year, while the Spanish producer Casas de Hualdo from the Castilla-La Mancha region in Rome today produces as much as 7,642 hectoliters of oil. Not to mention the surfaces.

"Is this the right place?" We were in search of Enio Zubin's award winning olive oils in the small Istrian village of Buščina? Pulling into a driveway just down the road from Konoba Buščina (owned by Enio's sister) we were not sure. There was no sign of life. We had made an appointment but were about an hour late. After ringing on the bell and knocking a few times, a shirtless gentlemen appeared on the balcony above - he was clearly not expecting us! Communicating in broken Italian and English, it soon became clear ... we were not and hour late, we were 25 hours late! Yes it was true, and my fault entirely on the dates mess up. Enio however was not going to turn us away empty handed, and five minutes later he re-appeared ready to host us and treat us to the fruits of his labour ...
He led us across the yard to his "tasting area" ... This was the real deal. Authentic through and through. No glitz or glamour, no trappings of modernity or sparkling tasting rooms. We settled into our seats at two simple picnic style tables, and out came the reason we were there ... the oils themselves. As Enio prepared the tasting he opened up - as the first olive oil was poured and as he started to speak of his trade, the smile appeared, the humour was revealed, and the pride shone clearly and brightly.

Oio de Buščina, a healer from the olive groves of Umag
You will find these olive groves at the highest point of the town of Umag in Buščina. They hide 12 varieties of olives organically processed with modern production technology. Bjelica, accentuated spiciness, buža, pronounced fresh aroma and pleasant bitterness, blackberries, sweet taste and aroma of olives or selection, top organic product obtained from the first harvest from new organic olive groves, mix of 9 types of olives - whatever you choose, with Oio de Buščina you will not go wrong with extra virgin olive oil because you are in the company of the 20 best in the world for a reason!